A fertility lubricant is believed to help women to become pregnant

Mothers who were struggling to get pregnant used a fertility lubricant and managed to conceive: they believe it is the product that helped them. (As discussed in this news article)

One in seven couples in the United Kingdom struggle to get pregnant yet fertility treatments are time-consuming, complicated and frighteningly expensive. That is why couples are trying anything that may improve their chances of conceiving without destroying their financial health. Many of them have found a fertility product called Conceive Plus to be helpful because they became pregnant after using it, and they write enthusiastically about it on online forums. Some experts are concerned that use of the wrong gels may affect women’s chances of conceiving. However, there seems to be growing evidence that the fertility support product works. (Read more about this at Conceive Plus Fertility Support) 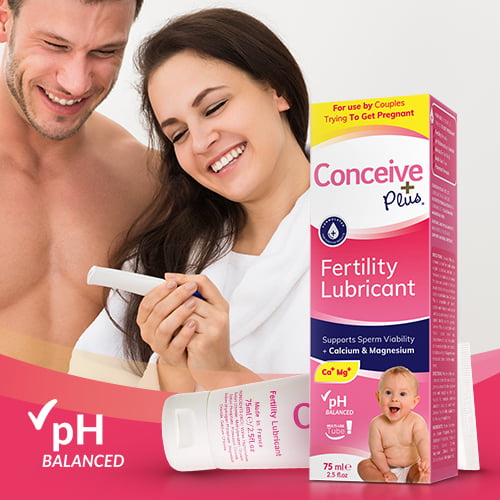 Rebecca Barley, a 22-year-old woman from Leicestershire, became pregnant when she was 20 years old. She miscarried and was grief-stricken. Then she was diagnosed with polycystic ovarian syndrome and was told she may never have a child. Because she and her 25-year-old partner Benjamin were keen to have children, they were willing to do anything to improve their chances of conceiving.

The couple bought a pregnancy kit and hoped that the doctor was wrong, but 10 months later they were still trying to conceive. It was too early to consult the doctor about fertility tests so Rebecca decided to look for other solutions. She joined online fertility forums where she learned about a fertility lubricant called Conceive Plus which promised to increase her chances of conceiving.

Rebecca learned that the fertility lubricant is designed to be used by women during sex. Its manufacturer claims that it gives sperm an ideal environment to achieve conception. Rebecca tried it three times and she missed her next period. Her pregnancy test was positive and she and her partner were thrilled. They gave birth to a little girl that they called Mila.

Another British woman who had positive results from using Conceive Plus fertility lubricant is Serena Edwards from Devon. She started trying to get pregnant at 35 years old but worried that her age could work against her. She was also involved in a serious car accident six years earlier and she was not sure whether the injuries had affected her chances of conceiving. Her pregnant friend recommended Conceive Plus fertility lubricant and she decided to try it.

Within two months of using the fertility lubricant, Serena became pregnant and gave birth to a little boy, Jackson. She and her husband are very happy and she firmly believes that the fertility product gave her a winning chance. Serena is aware that many experts doubt the gel but she recommends it to her friends and she says she won’t’ hesitate to use it again for another baby.

Pregnant after trying to conceive for 5 years

For 5 years, 39-year-old Erica Ghasim and her 29-year-old husband had been trying to get pregnant after suffering a miscarriage in October 2010. She became convinced that either she was too old or she had a problem. She visited her doctor many times but she was never referred to a fertility specialist and she found that frustrating. She tried stress-relieving herbal teas, ovulation kits and vitamin supplements to enhance her fertility but nothing worked.

When Erica heard about Conceive Plus she was initially skeptical that a fertility lubricant could help. However, remained positive because she was willing to try anything for a baby. She used the fertility lubricant for just two consecutive days. A few days later, the pregnancy test was positive but she repeated it five times to make sure. She burst into tears when she heard the fetus’ heartbeat for the first time. Erica firmly believes that the fertility lubricant was the key to their success.

How is the fertility lubricant supposed to work?

Fertility lubricants such as Conceive Plus do not contain preservatives, stabilizers and other ingredients that upset the vaginal environment. They increase the moisture level in the vagina which helps the sperm to travel easily to the cervix. They also correct the pH of the vagina which increases the sperm’s chances of surviving. Generally, only 200 out of 200 million spermatozoa make it to the egg because the acidic vaginal environment destroys the alkaline sperm. By prolonging the life of the sperm, the lubricants increase the chances of fertilization.

What do the experts say?

Fertility support supplements are not to be confused with infertility treatment such as IVF, that may be required in some cases. Some experts are questioning the use of fertility lubricants. Professor Geeta Nargund, a fertility specialist, says fertility lubricants may help some women with vaginal dryness but obviously they won’t help in cases of blocked fallopian tubes or inability to ovulate – that seems an obvious conclusion. Fertility expert, Nick Raine-Fenning warned women about using any product that is not scientifically proven. He says gels may hinder the movement of sperm and that any dryness needs to be investigated. Dr. Fiona Richards, a GP, said failing to conceive is frustrating so she would be happy to suggest products like Conceive Plus to increase her patients’ chances of conceiving.

Experts clearly have varying opinions. An affordable and readily available solution can be attractive to women who are desperately trying to conceive. 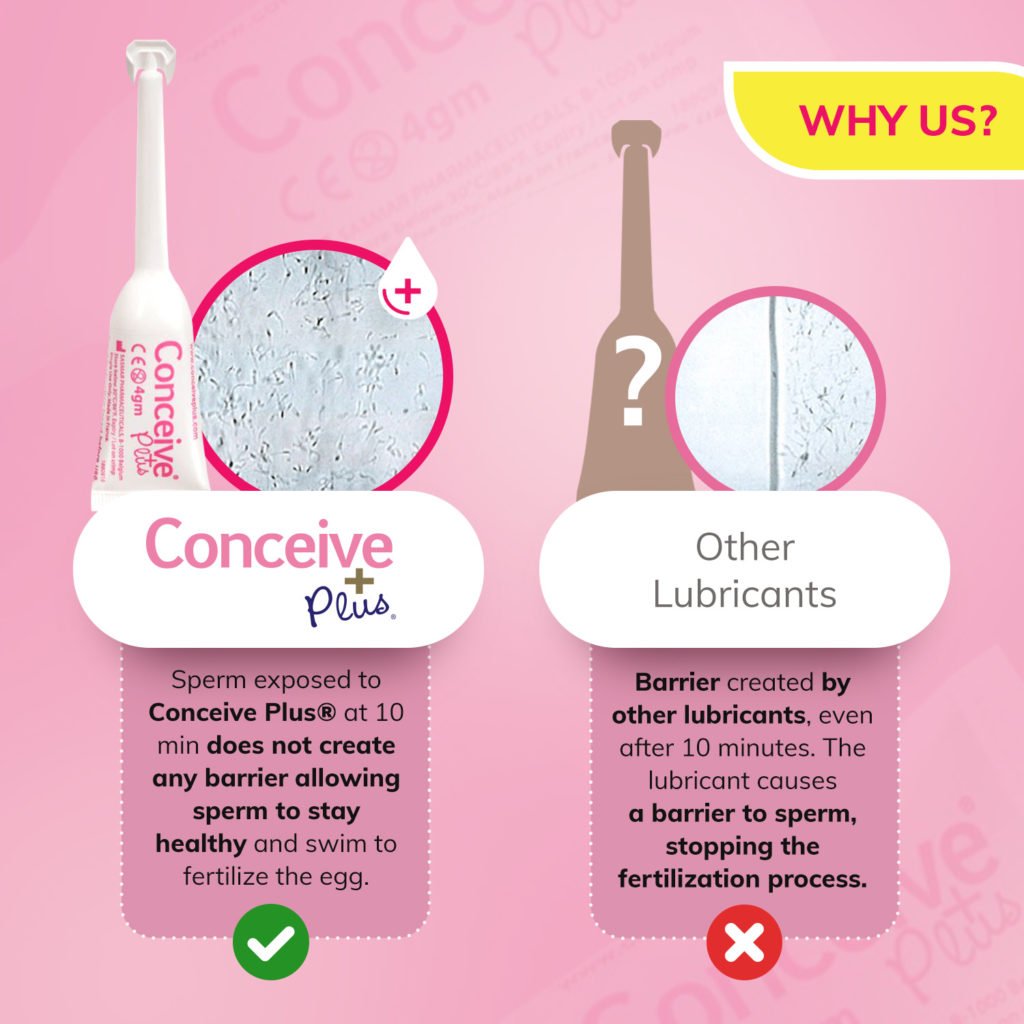