How can you stop yourself from procrastinating?

You have a deadline, whether it’s a report or a piece of homework, but instead of working you keep checking your Facebook profile for updates or chatting with your friends on Whatsapp. It is true that in this modern day and age social media have changed the way in which we interact and keep in touch with others, but the truth is that you are procrastinating, a Latin word that literally means putting things off till tomorrow (pro = forward and crastinus = belonging to tomorrow). So the question is: are you putting things off that you ought to be doing today? If so, why are you procrastinating? What are the effects of procrastination? And last, but not least, how can you stop yourself from procrastinating? This article aims at providing an insight into procrastination and at giving readers some tips on how to stop procrastinating.

Why do people procrastinate?

Research has shown that people procrastinate for different reasons and about different things. For example, some people delay paying their bills while others delay going to see a doctor even though they feel unwell. In general terms, people engage in less important tasks at the expense of urgent ones and often the excuse is that they perform better under pressure. But why do they really do that?

One explanation that has been put forward is that people who procrastinate obey the pleasure principle. This was described by Freud as people’s constant attempt to seek immediate gratification while at the same time trying to postpone pain and discomfort. In this view, procrastination is a coping mechanism used to delay the anxiety associated with the task at hand, which is far from the claim that they perform better under pressure. 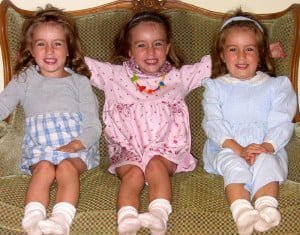 Alternatively, it has been suggested that the tendency to procrastinate is inherited, as monozygotic twins showed a greater concordance rate for procrastination than dizygotic twins.

Another explanation is that some people are more likely to procrastinate than others because of their personality. Procrastination has been associated with both perfectionism and irrationality. Perfectionists are at a greater risk of procrastinating because they have a strong fear of failure and of being evaluated by others; therefore, they keep putting difficult tasks off. With regards to irrationality, people who procrastinate often underestimate the time that the task will take and think along the lines “it will only take a minute to do it!” For such people, poor planning and poor time management lie at the roots of procrastination, even though the real issue might be the fact that they perceive the task as daunting and hard to accomplish.

According to a large-scale study, there is no single explanation for procrastination. On the other hand, it depends on the interplay of 4 different factors:

What are the effects of procrastination?

Needless to say, procrastination has a negative effect on several aspects of life. Firstly, it can hinder self-development and can prevent someone from making good progress in his career. Secondly, it increases stress and anxiety because it reduces the chances of completing the task in time and/or well. In its turn, stress and anxiety have negative repercussions on the health of the individual: due to the increased levels of stress hormones, the immune system shuts down. Furthermore, if you consider that people who normally procrastinate might also be reticent to seek medical help if they feel unwell, procrastination might put one’s health at risk. So all in all, procrastination is not good.

6 tips to stop yourself from procrastinating

So how can you stop yourself from procrastinating? Here are 6 tips that you might find useful:

How do you stop yourself from procrastinating? Share your strategies with the readers of Healthynewage!