6 Things You Didn’t Know About Bronchitis

Bronchitis is a common condition where your bronchial tubes, also known as the bronchi, become inflamed. The bronchial tubes go from your mouth and nose down to the lungs. Bronchitis causes breathing difficulties and also problems with clearing phlegm out of the airways. Find out all you need to know about bronchitis and how to treat it here. 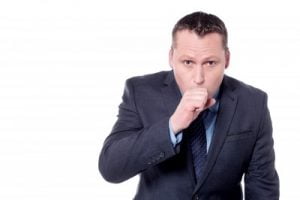 Acute bronchitis is a condition lasting a short amount of time, which normally develops after a cold or following a viral infection. Acute bronchitis normally lasts for around two or three days, or up to a few weeks. Chronic bronchitis lasts a long time and is normally caused by external factors like pollution, cigarette smoke, or by an illness. This condition will last for months rather than days, and will recur throughout the year.

The inflammation of the bronchi may be caused by bacteria, irritants, or viruses. A viral infection causing bronchitis is the most common cause of acute conditions. Acute bronchitis may also be the result of irritation from cigarette smoke, air pollution, and dust. Chronic bronchitis is most commonly due to smoking over a long period of time although it can come about following several occurrences of acute bronchitis.

Persistent coughing is the symptom most highly associated with bronchitis. The cough will last for weeks, and it could take many months to disappear if the bronchi are seriously affected. But coughing is not the only symptom of bronchitis. Other symptoms include difficulty breathing, fever, sore throat, aches and pains, headache and a blocked nose.

Episodes of acute bronchitis often go away without having to be treated with medications, but unfortunately chronic bronchitis is not easily cured. There are remedies and bronchitis treatment plans, however, that can help with the symptoms and prevent pain and discomfort.

For chronic bronchitis, taking away the source of the irritation helps to reduce the symptoms, for example, stopping smoking. Using a humidifier also helps as this helps breathing and stops wheezing. Exercise helps to strengthen the muscles in the airways that help you to breathe, and you can also do some breathing exercises that assist in working on your respiratory system.

Sometimes bronchitis can lead to pneumonia. This happens when the infection that causes bronchitis spreads to the lungs. Pneumonia requires further treatment otherwise it could turn fatal.